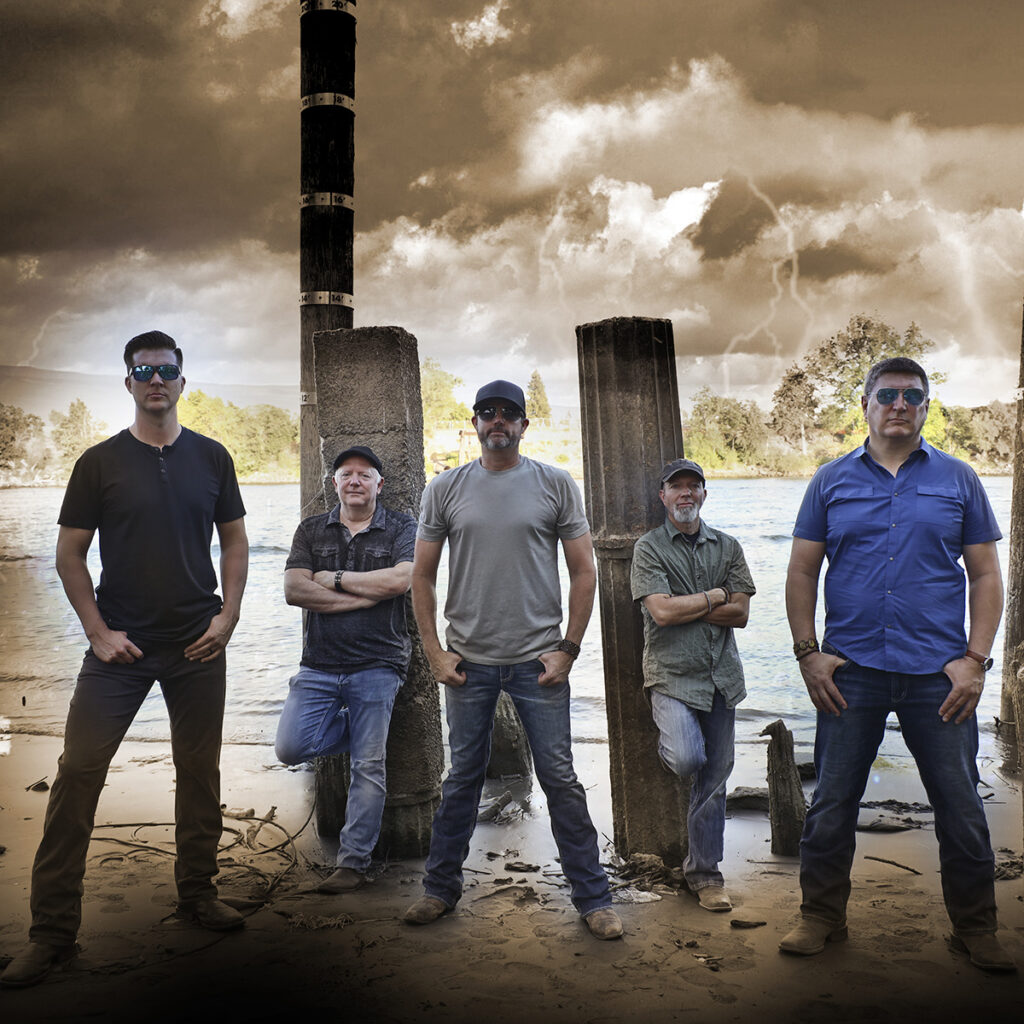 In April 2012 we started our journey simply to play music we loved and inspired us.  It was about having fun and we hoped people might accept and appreciate it.  After a few practices we realized our musical direction needed to include multiple genres beyond Country.  In 2012 the Country music scene was continuing to evolve in a direction that we didn’t really connect with.  So we expanded our song selections to include Americana, Music of the Heartland, Bluegrass and of course Southern Rock.  We developed a set list that featured songs that meant something to each band member while paying tribute to the artists we admired.  Although we were initially a cover band, early on we knew that we had to create our own music and maybe one day make an album.

So that was that… we were all set… we had a direction, gig’s lined up and a set list, however we didn’t have a band name…

Venues had booked us based on reputation but since we didn’t have a name they were unable to promote the shows.  As a band we threw out many ideas for band names but none of the stuck.  As the pressure from the venue’s mounted we feared a name would be chosen out of frustration and we would end up “settling” on a name that didn’t have meaning.

On April 19, 2012 we found what would become our name.  On this day Levon Helm, legendary drummer and singer from “The Band”, had passed away.  Levon was the vocalist on some timeless songs including “The Weight”, “The Night They Drove Old Dixie Down” and “Up on Cripple Creek”.  That morning Travis was driving near Loomis, CA and saw a sign that said, “Cripple Creek”.  He felt it sounded good and having a connection with “The Band” would allow us to play multiple genres just as they did.  When Travis shared this idea with Neal he was unaware of Levon Helm’s passing.  Levon was a huge influence on us and at that moment it just felt right, it was meant to be.  From that moment on we were “The Cripple Creek Band”.

Now, 10 years later, we’ve played some amazing shows and released 3 x albums, 2 x singles and many videos.  The CCB is like a family with our fair share of challenges and at times we may not agree, but we always put the music first.  Like “The Band”, we feel our songs blend a wide range of musical styles and genres that appeal to young and old!

“It’s not about the fame or the money made, it’s all about the music”

To all our friends, family and fans, thank you for a wonderful 10 years!  We truly appreciate all of your support!  Here’s to 10 more!