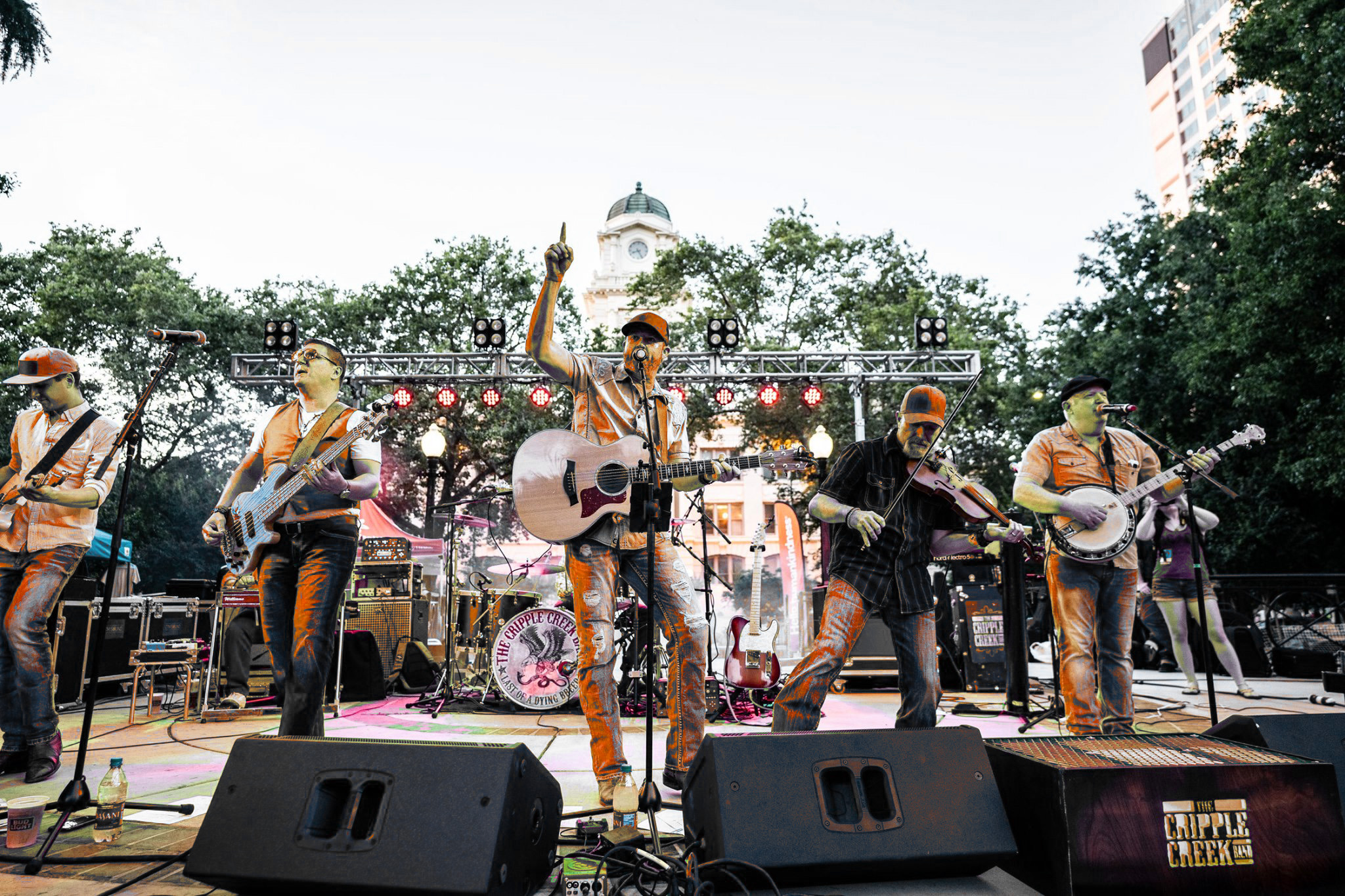 The Cripple Creek Band will be making their way back to Napa!!  It’s been nearly a year since the CCB has played in one of our favorite cities.  Please join us for Napa City Nights on June 19, 2020 – 6:30 to 10pm.

In the heart of downtown Napa is the renovated Veterans Memorial Park Amphitheater. Construction was completed in May 2008 as part of the Napa River Walk & flood control project. With Terraced seating areas, elegant lighting and beautiful views of the Napa River, the park is a unique venue for watching talented musicians and performers.  The Amphitheater is located along the Napa Riverwalk Promenade and is within easy walking distance from world class restaurants and distinctive shops. Bring a blanket and a picnic basket and enjoy free entertainment the whole family will enjoy.

The Cripple Creek Band is a Country/Southern Rock band that has taken the West Coast by storm. Their self titled debut album was released in 2015, second album Bonafide was released in 2017 and their latest single, “State of Jefferson” is grabbing attention. They have opened for and played with the following artist Whiskey Myers, Neal McCoy, The Cadillac Three, Tyler Farr, Jon Pardi, Eli Young Band, Drake White, William Michael Morgan, Colt Ford, David Nail, Dustin Lynch, the Outlaws and more. The CCB blends top notch musicianship with high-energy performances leaving every venue wanting more!