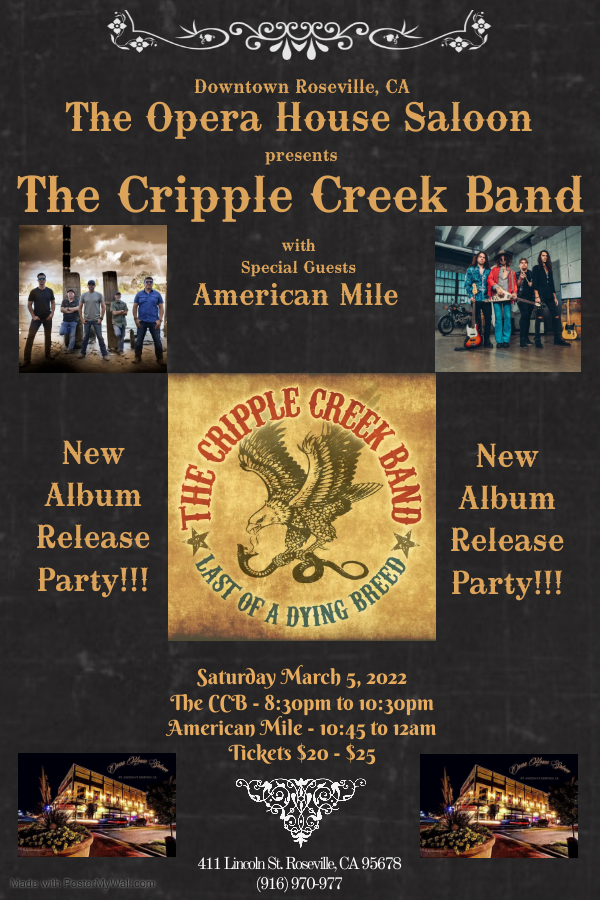 We are excited to bring The Cripple Creek Band show for a special event at the Opera House Saloon in downtown Roseville.  The CCB released their 3rd album, “Last of a Dying Breed”.  This show is the official CD/Album Release party.

We will be playing with our good friends American Mile.

The Cripple Creek Band (CCB) creates their own Southern roots style of music.