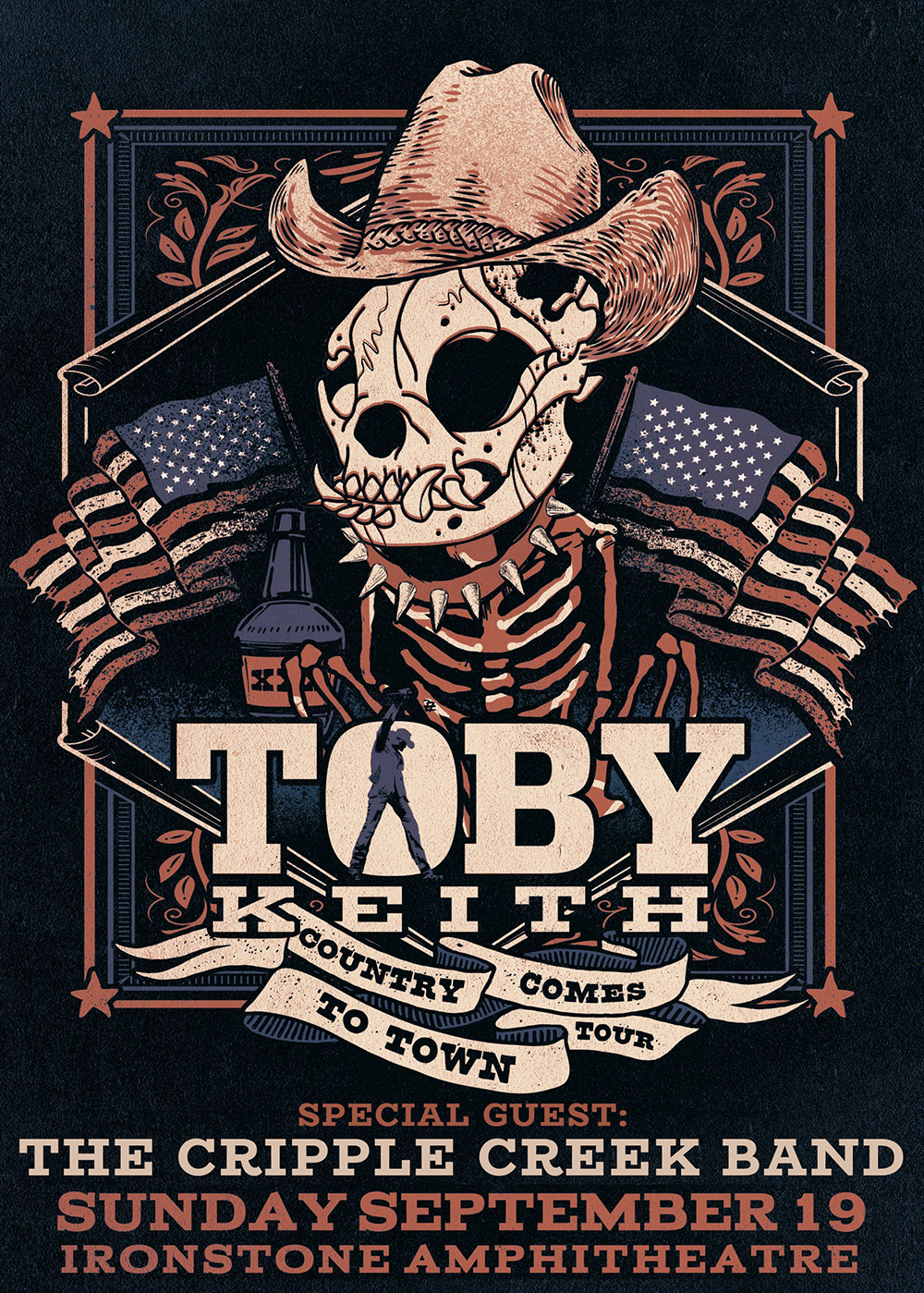 From his career beginnings in the early 1990s, Toby Keith has been one of country music’s most recognizable figures. Keith first exploded onto the country scene with his debut single, 1993’s “Should’ve Been a Cowboy,” which stormed all the way to No. 1 on Billboard’s Hot Country Songs chart. In the years since, this Oklahoma native has earned fame with many more beloved songs, including “How Do You Like Me Now?!,” “Beer for My Horses,” “I Love This Bar,” and “Courtesy of the Red, White, and Blue (The Angry American).

The Cripple Creek Band is a high-energy country and southern rock band seeking to provide the best show possible for its audience.  Since 2012, The CCB has been playing all over the west coast.  Fans of CCB will hear a variety of music genres at its shows, including country, rock, southern rock, and even a hint of bluegrass. For the Cripple Creek Band, it truly is “All About the Music.”