Bret Michaels and The Cripple Creek Band had Nothin’ But a Good Time!!! 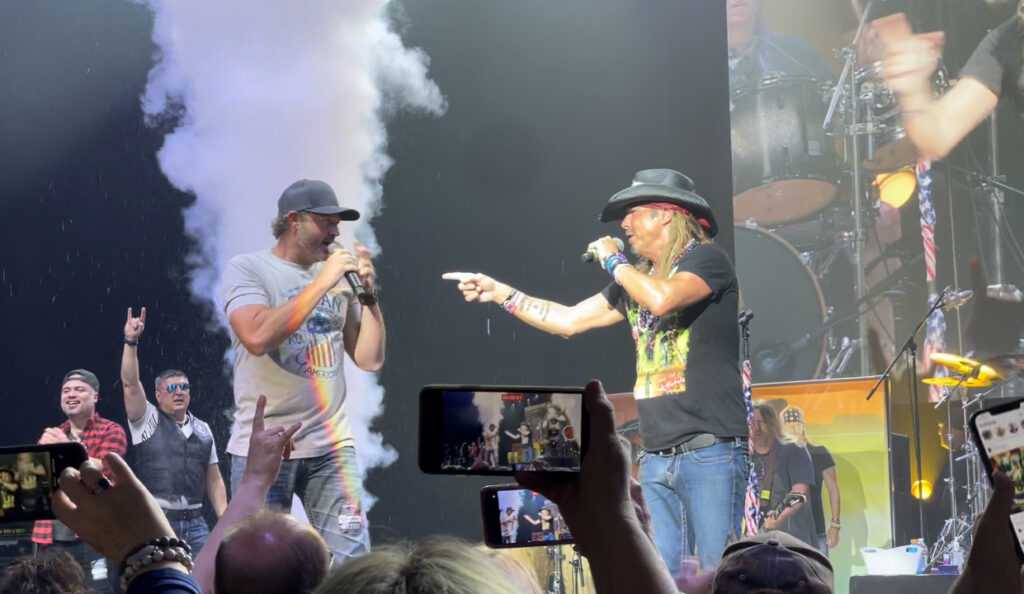 On Sunday June 5th the CCB played to a packed house at the new the Hard Rock Live Venue!!!  This was opening weekend for the brand new live music venue that included Maroon 5 opening night followed by the one and only, Bret Michaels.  Bret and his band were extremely tight and most of all COOL!!  All of the venue and touring production staff were accommodating and professional they made us feel like true VIP’s!!!  The CCB opened the night playing their original music including, “The Time Has Come”, “State of Jefferson” and “Bonafide”.  Bret played a ton of hits and kept the crowd pumped with his positive mojo and infectious happy vibe.  The night ended with Bret inviting the boys from The CCB back on stage for the encore, crowd favorite, “Nothin’ But A Good Time”!  Bret Michael’s fans were more than enthusiastic to hear high-energy southern rock and country music homegrown right here in Northern California.  Special thank you to Live Nation, The Hard Rock Hotel & Casino and especially Bret Michaels who made this one of the most memorable nights ever!!!!!